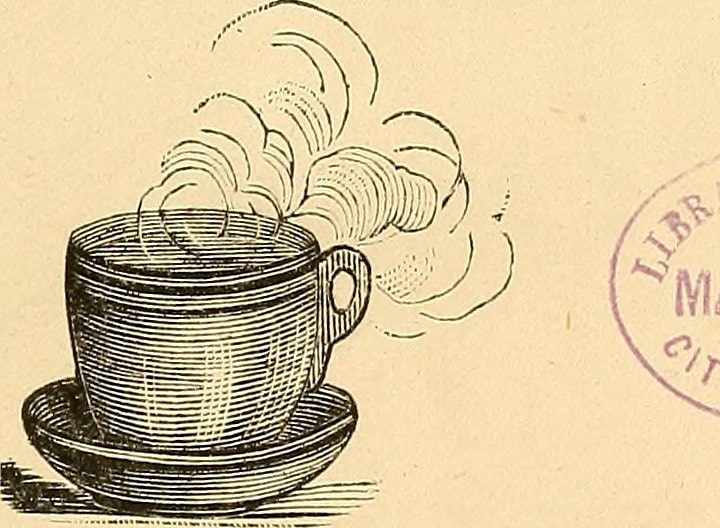 The History of Coffee

Coffee remains one of the world’s most popular drinks. Coffee beans are the second-most traded commodity in the global economy and coffee culture has made a mark in nearly every country on the planet. But where did this incredible beverage come from? In this post we will delve into the history of coffee, sharing the origin of coffee, explaining who invented coffee, and much more.

No one knows exactly how or when coffee was discovered and to this day it remains unknown to who discovered coffee, but there are several legendary stories which suggest who was responsible.

The first story involves a Moroccan Sufi mystic named Abu al-Hasan al-Shadhili. It is said that Abu was traveling through Ethiopia when he noticed that the birds in the area seems unusually chipper. He decided to try the tiny berries that the birds had been eating and discovered the power of caffeine.

Another story suggests that it was actually Abu al-Hasan al-Shadhili’s disciple, Omar, who discovered the energising properties of coffee. According to this legend, Omar was exiled from Mocha to a cave near Ousab. Because he was starving, he decided to eat some of the berries on a nearby bush.

Omar found the berries to be quite bitter, so he tried roasting them to improve their flavour. He discovered that the resulting beans were very hard, so he boiled them in water so they could soften.

The brown liquid that was produced smelled fantastic, so he gave it a try and felt revitalised. Stories of this new miracle drug reached Mocha and he was allowed to return, bringing knowledge of the coffee bean with him.

The final legend involves an Ethiopian goat herder named Kaldi. It is said that Kaldi discovered the effects of coffee after his goats nibbled on some coffee cherries and were greatly energised. He brought the berries to a nearby monastery and explained what had happened.

The monks, not believing Kaldi, threw the berries into the fire. Shortly afterwards, they then noticed a delicious aroma filling the room. They raked up the coffee beans, ground them up and added hot water, creating the world’s first cup of coffee.

There is also some evidence that Ethiopian tribesmen may have discovered coffee first. The ancestors of Ethiopia’s Oromo ethnic group were said to consume coffee cherries on their long hunting treks. They found that the berries would quell their hunger and provide them with energy for the hunt.

To summarise, while we sadly don’t know exactly who invented coffee, these stories indicate some possible origin tales!

Taking a closer look at the history of coffee

The first written evidence of coffee being traded dates back to the late 15th Century. There is a written record showing that a trader named Sufi Imam Muhammad Ibn Said Al Dhabhani imported coffee cherries from Ethiopia to Yemen. However, there is other evidence to suggest that the coffee trade began almost a century earlier.

Historians believe that coffee was being exported from Ethiopia to Yemen by Somali merchants at the beginning of the 15th Century. Mocha, a city in Yemen, became the centre of the coffee trade around this time.

The Sufis in Yemen were known to be big coffee drinkers. They ingested coffee to improve their concentration during long prayer sessions. The Sufis also enjoyed coffee late in the evenings as it allowed them to remain alert during late-night prayer sessions.

Throughout the 15th Century, coffee began moving across the Middle East and Africa. By 1414, it had reached Mecca, Medina, Cairo, Damascus, Baghdad, Constantinople, and several other major cities.

Into the 16th Century

By the early 16th Century, coffee was being exported to Egypt and North Africa from Mocha. Coffee consumption was associated with Sufism as The number of coffee houses in Egypt dramatically increased during this period. There were some setbacks, with various religious figures banning coffee consumption at different points. However, it continued to grow in popularity over the years.

The next major development in coffee history was its move to Europe in the 16th Century. Historians have records of coffee being consumed in Malta around this time. They believe coffee was introduced to Europe by Turkish slaves who shared coffee with Europeans on the island.

The busy trade route between the Republic of Venice, Northern Africa, and Egypt made coffee easily available in Venice. It became a very popular drink amongst the elite by the late 16th century.

Another important moment in coffee history was a description of the coffee plant being published by botanist-physician in 1591. This helped people in other parts of Europe to learn more about the wonderful mysterious coffee plant. His description and the availability of coffee beans in Venice led to hundreds of coffee shops springing up around Italy over the next hundred years.

Coffee comes to the UK

We know that coffee was available in England by the end of the 16th Century as it was imported by the Levant Company. By 1675, more than 3,000 coffee houses had been established in England. These locations became gathering places where citizens would talk about everything from religion and politics to sport.

Coffee arrived in France by the mid 17th Century. It appears to have made its way into the country thanks to Arab physicians, who also brought sugar, tea, and chocolate with them. During this time, coffee became a popular drink with the aristocracy, including King Louis XIV. By 1670, coffee washing enjoyed by many Parisians.

The Cultivation of Coffee Spreads

Another important moment in the history of coffee was the cultivation of coffee outside of Arabia. Towards the end of the 17th Century, the Dutch had managed to obtain coffee plant seedlings, which they attempted to grow in India. Unfortunately, their attempts failed.

They then brought seedlings to the island of Java (now called Indonesia), where the plants grew successfully. The cultivation of coffee quickly spread to Sumatra and Celebes.

Coffee made its way to Brazil in 1727, thanks to a Frenchman named Francisco de Melo Palheta. According to the legend, Portuguese farmers were interested in growing coffee, but were unable to obtain seeds. Palheta was sent to French Guiana to resolve a border dispute and hopefully obtain the seeds they needed to cultivate coffee.

The border dispute was resolved, but the governor of French Guiana refused to allow him to take any coffee seeds. Palheta managed to seduce the governor’s wife, who subsequently gave him a bouquet of flowers containing coffee seeds. Those seeds were responsible for kick-starting Brazil’s multi-billion dollar coffee industry!

In the early 18th Century, coffee plants were transported to the Americas by a young naval officer named Gabriel de Clieu. The seedling survived a tempestuous journey and made it safely to the island of Martinique.

After being planted, the seedling grew rapidly. Its seeds were used to plant millions of additional coffee plants on the island over the next 50 years. The environment was perfect for growing coffee and the French quickly realised they had a highly profitable export industry on their hands.

Coffee has come a long way

Its quite amazing to think that this single coffee plant was responsible for all of the plants in the Caribbean, South America, and Central America.

To this day coffee remains a precious export for many countries and a popular commodity for consumers across the globe.

So there you have it, the origin of coffee!

Thanks for reading. For more interesting articles on coffee be sure to bookmark our website and check out our blog!