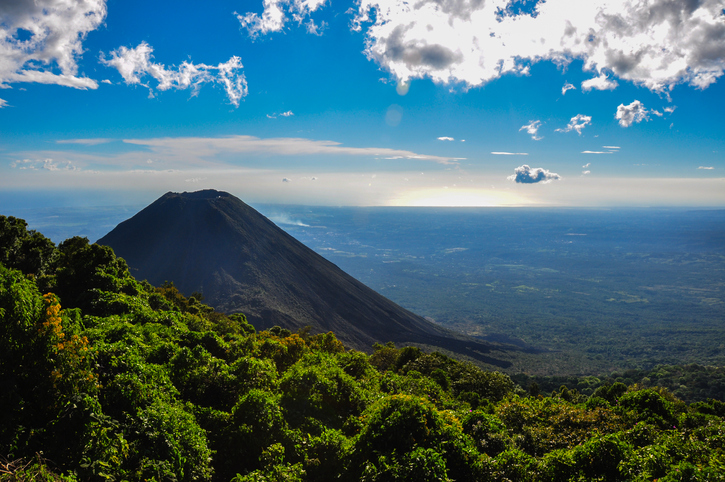 The history behind El Salvador’s coffee industry is one of reliance, turbulence and suffering. Coffee has always been at the forefront of El Salvador culture, with coffee beans being forever present in the mural depictions of the countries inception through the Mayans all the way up to the democratic revolution of Saint Oscar Romero.  Its importance goes beyond culture as it played a vital role in the economic development and then modernization of El Salvador.

Coffee’s journey to economic and social pre-eminence in El Salvador began in 1880, when coffee surpassed indigo, a purple dye, as the country’s leading export. The crop was nicknamed ‘El grano de oro’ which translates to ‘Grain of gold’ and represents the social feelings of prosperity and profitability that coffee could bring to the economy and social wealthfare. Coffee production exploded in the 1920s and 30s where coffee alone represented 90% of the country’s export. The industry continued to expand and by 1970 with El Salvador becoming the 3rd largest producer of coffee in the world. The expansion led to the development of El Salvador’s economy and by 1980 the now modernized state still owed 50% of its GPD to the coffee industry.

It was from this point onwards that the continued growth of coffee’s profitability and access to healthy livelihoods it provided came to a shuddering halt. Like many other producing regions across the world, civil war erupted at the end of 1980 and all the foundations and stability coffee provided for thousands of people were severely tested, and the conflicts longevity of 12 years means the ramifications are still being felt today. The consequence of war resulted in overwhelming poverty and the development challenges the nation faced created huge problems of austerity. However, like so many times prior, the coffee industry stayed resilient and still provides opportunities for success in todays’ market. That said, recent disasters and growing current problems farmers now face could have worse ramifications than civil war.

Within the last 20 years coffee prices have rapidly declined due to corporate demands for huge volumes of cheaper commodity coffees, in 2002 USAID stated that in the space of 18 months coffee prices declined by 75%. The problem for farmers in El Salvador was that the high quality coffee they produced with expensive, time consuming, old school methods of harvesting and processing led to their product not matching the lesser standards and prices of the conventional commodity market. Large cooperation’s began to look elsewhere for their coffee and producing regions in Asia and Indonesia where able to meet the demands causing the global prices of coffee to plummet for over a decade meaning farmers had to stick or twist.  More than 80,000 smallholders left their land with most accepting a life of poverty, having to forfeit their land to the government in order to pay off loans. The Harvard International review states the crisis was confounded by ‘’the combination of fractured land ownership, poor access to financing, labour migration and limited business understanding’’. This was true for those that stayed with a clear lack of strategy and support from the government on restructuring loans or advice on more resilient and productive varieties and methods, meaning it was going to be difficult for farmers to recover and create sustainable profit again. Professor Richard d’Averi believed it led farmers to fall into the ‘commodity trap’, describes this as ‘’Mass globalisation and competing countries, producers have to constantly improve quality while decreasing prices to keep up with competitors’’. This made Salvadorian farmers lower their prices for a specialty product when selling to foreign buyers which proved unsustainable and unprofitable and created a change in attitude, innovation and optimism for the current day farmer in El Salvador.

Leaf Rust Disease
During the past few years, farmers have suffered huge crop losses due to climate variation and unusual weather patterns. The climate changes does not only affect coffee through the weather but also the increased temperatures have made normally rare diseases more prevalent, allowing the diseases to thrive. This growing problem came to a head in 2013 when the rare leaf rust disease affected an estimated 50% of land for coffee cultivation in El Salvador and neighbouring countries including Guatemala and Honduras with estimated damages surpassing $1 billion. The disaster made the industry unsustainable and unprofitable for many farmers with many abandoning their farms in search of work in the cities. According to ABECAFE Union for exporters, an industry that provided 150,000 jobs, by 2014 that number was reduced by 140,000. According to a report by USDA’s Agriculture Information Network the leaf rust epidemic was compounded by ‘’widespread farmer debts, lack of access to additional loans, low international coffee prices, increased production costs and ageing coffee plants’’. This catastrophe led to numerous organizational and political initiatives and efforts to help revive the industry.

After the evidence that ageing plants and poor crop management had exacerbated the leaf rust pandemic across Central America. USAID stepped in to support and guide producers in identifying opportunities to create resilient cultivars that are disease resistant. The initiative also helped producers with improved management strategies and access to technological use in coffee cultivation. USAID’s programme was focused on creating better quality of life, jobs and income and the introduction of new varieties and farming techniques created a new wave of optimism with farmers innovating and collaborating ideas on farming and new approaches to market specialty coffee. There have been many positives from the scheme with El Salvador producing a more diverse range of coffee cultivation, and the strengthening of research and international partnerships with farmers has created a valuable support network.

El Salvador coffee is some of the most unique and expressive coffees in the world and their traceability to mostly smallholders who hand pick, sort and process their coffees makes it idyllic for the specialty market. One way in which the country is trying to market and promote their specialty high end coffee is through the Cup of Excellence. Many of the world’s leading specialty producing nations have a yearly competition where producers are able to present their best coffees to be tasted, scored and showcased to the world. It is a successful way of proving the value potential and standards expected of the highest quality coffees compared to the world market. It also demonstrates the farming ingenuity and innovation of processing techniques being used to drive up quality, profit and aspirations for other farmers to reach. El Salvador also hosted the World Science Summit, which was designed to ‘’find ways for more prosperous future for coffee farmers through world research, education and training’’.

The El Salvadorian coffee industry is still reeling and recovering from the Coffee Price Crisis and many believe the Industry rests on the specialty market and increased Fairtrade practices. The World Fairtrade Organization describes Fairtrade as a ‘’trading partnership, based on dialogue, transparency and respect that seeks greater equity in international trade’’.  This is a crucial element when contributing to sustainable development within the industry and when we look back to the 2002 coffee crisis and the ‘commodity trap’ where many farmers were forced to sell their coffee for less than it’s worth everything Fairtrade stands for and contributes towards was seriously neglected by foreign buyers. Instead of taking advantage of producers, Fairtrade would support fair pay and reasonable prices to help promote growth and investments in future coffee production which should lead to stable living conditions and more prosperous outlook for Salvadorian farmers.

Although the industry is developing and the quality improving opening up the specialty market to farmers, the deep rooted problems still exist and in terms of climate and disease these issues will only get worse. It is for this reason that many farmers are still abandoning their farms, the El Salvadorian Coffee Council states the number in coffee jobs has decreased by 40,000 from more than 85,000 over the past 5 years since the leaf rust disaster. With many younger farmers leaving in search of better paid opportunities. This lack of trust and belief in the industry stems from the absence of strategy from the local government to support and create sustainability and profitability for farmers. USDA Gain Report concludes ‘’while there are some efforts from government to implement assistance programmes they have not been effective in helping producers recover from losses due to rust and low prices’’. This may be a warning to producing nations around the world that precautions need to be implemented now to tackle these growing problems and to offer internal support alongside international aid. As just like in El Salvador, these ‘’crisis in labour, environment and economy will deepen unless government strategies are implemented to re structure debts and create a unified coffee association that oversees research, technical assistance, quality control and crop diversification’’. 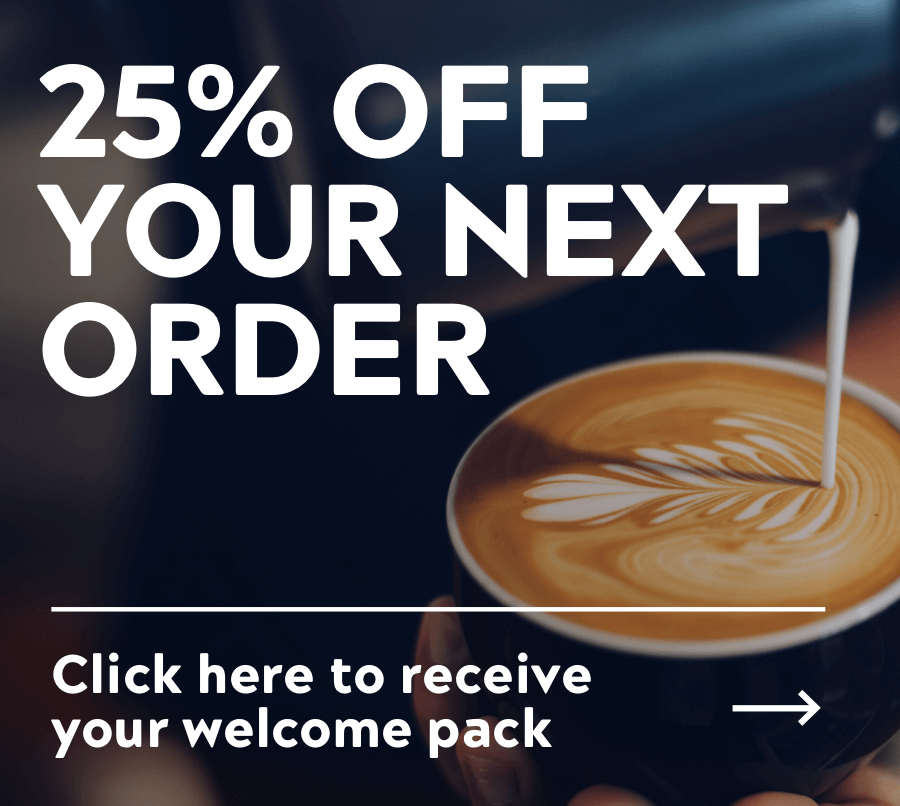